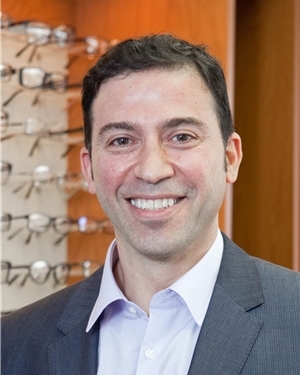 Dr Eagle is a member of both the American Optometric Association and the New Jersey Optometric Associations. He has a special interest in myopia control, known as Orth K, or corneal reshaping therapy, as well as dry eye management. He also specializes in multifocal and astigmatic contact lens fittings.

Dr Eagle enjoys sports of all sorts and is an avid fan of the Mets and Giants. He is grateful for the long wonderful relationships he has had with his patients, many of whom he has known since he first began to practice. He also is a devoted father to his two sons.